Summer is upon, us and extreme heat keeps us indoors and less active. Sitting by the pool is nice but won’t burn a calorie. If you don’t belong to a gym or don’t have enough time to get to one, what else can you do?

Walk. It is a great way to start your day and burn calories.

Yes, exercise is good for you. This we know. Heaps of evidence point to the countless benefits of regular physical activity. Federal health officials recommend at least 30 minutes of moderate exercise, like brisk walking, every day.

Studies show that when you adhere to an exercise regimen, you can improve your cardiovascular health, lower blood pressure and improve metabolism and levels of cholesterol and triglycerides.

You can reduce diabetes risk and the risk of certain cancers. And, finally, exercise can help you maintain a healthy weight, which can boost all of these benefits even more.

Epidemiologist Steven Blair, a professor of public health at the University of South Carolina has spent 40 years studying physical activity and health.” Many of us have sedentary jobs and engage in sedentary activities after work, like watching television or sitting around a dinner table talking. When you add it all up, it’s a lot more sitting than moving.”

Blair recently headed a study at the University of South Carolina that looked at adult men and their risk of dying from heart disease. He calculated how much time the men spent sitting — in their cars, at their desks, in front of the TV. “Those who were sitting more were substantially more likely to die,” Blair says.

“If you’re sitting, your muscles are not contracting, perhaps except to type. But the big muscles, like in your legs and back, are sitting there pretty quietly,” Blair says. And because the major muscles aren’t moving, metabolism slows down.

“We’re finding that people who sit more have less desirable levels” of cholesterol, blood sugar, triglycerides and even waist size, he says, which increases the risk of diabetes, heart disease and a number of health problems.

If there’s a fountain of youth its probably physical activity,” says Dr. Toni Yancey, a professor in the health services department and co-director of the Kaiser Permanent Center for Health Equity at the University of California, noting that research has shown benefits to every organ system in the body.

Finally, spring is in the air. The birds are chirping, butterflies are showing up and it is not getting dark so early. It is also nice to see some of you out walking, working in your yard and, yes, even washing your cars. Of course, I notice these things being a fitness enthusiast and wanting my Lazybrook neighbors to be in better shape.

Gardening is a pleasure that is hard to explain. You may use your whole weekend days to make your yard into the oasis that you envisioned – and beat up your body in the process. You might end up with lower back pain from bending over more in one day than in the last four months, or shoulder and wrist pain from picking all this weeds, not to mention how exhausted your legs feel.

The great thing is you don’t have to feel this way. You can do a few exercises on a constant basis to help strengthen those areas, so you can enjoy and reap the rewards of a beautiful yard without suffering for the following week or two.

You can do these simple exercises at home or in the gym. They demonstrate the movements typically used while gardening. Try doing them as a circuit, going from one exercise to the next with little or no rest. Work up to 2 circuits, 3 times a week.

“Gardener’s moves you can use”

You want to get your body ready for the things you love to do. Not only will these moves help with your gardening, they will also increase your strength and stamina during all your activities from washing the car to taking a brisk walk in the neighborhood. The more energized you feel the more active you will be. The healthier and happier life you want is closer than you think. So if you’re’ ready to get you there.

Why To Fit You?

You have what it takes to achieve a wonderful level of health, fitness and vitality. Too many people leave their best self in the gym when they walk out, and some of us don’t have the chance to make it to the gym. The focus, fun and energy get watered down by hectic schedules, traffic, deadlines and personal concerns.

Follow us on social media for the latest updates! 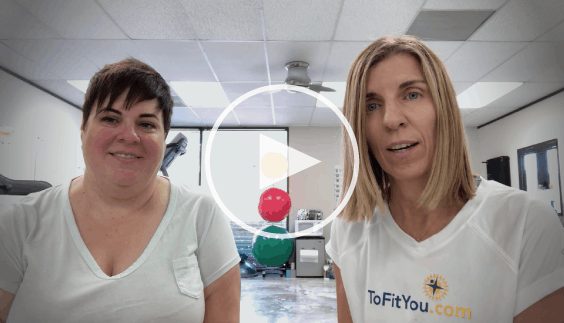 Why You Need a Customized Fitness Experience
By Birgitt Haderlein 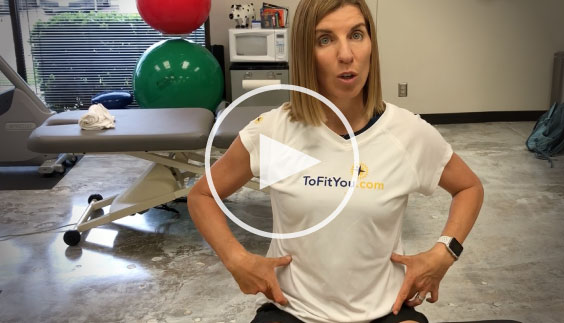 What Muffin Top?
By Birgitt Haderlein 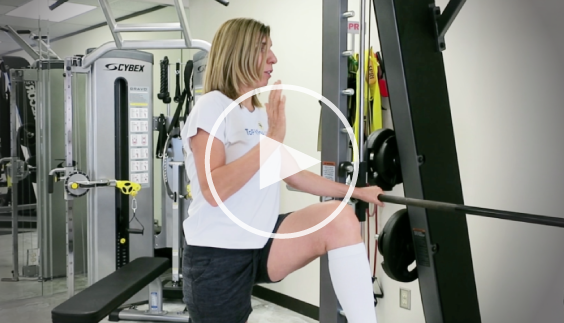